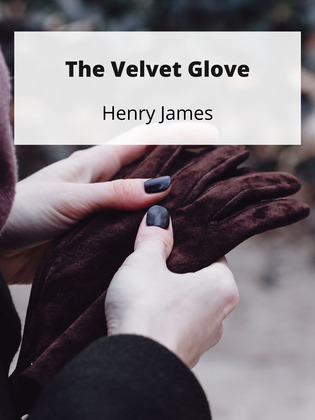 by Henry James (Author)
Excerpt
Fiction Literary
warning_amber
One or more licenses for this book have been acquired by your organisation details
EPUB
Unlimited loans, One at a time
Details

This early work by Henry James was originally published in 1909. Henry James was born in New York City in 1843. One of thirteen children, James had an unorthodox early education, switching between schools, private tutors and private reading.. James published his first story, 'A Tragedy of Error', in the Continental Monthly in 1864, when he was twenty years old. In 1876, he emigrated to London, where he remained for the vast majority of the rest of his life, becoming a British citizen in 1915.

From this point on, he was a hugely prolific author, eventually producing twenty novels and more than a hundred short stories and novellas, as well as literary criticism, plays and travelogues. Amongst James's most famous works are The Europeans (1878), Daisy Miller (1878), Washington Square (1880), The Bostonians (1886), and one of the most famous ghost stories of all time, The Turn of the Screw (1898). (Source: Read Books/Google Books)