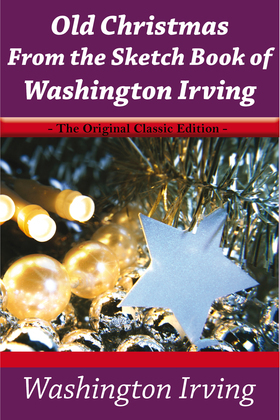 by Irving Washington (Author)
Excerpt
Nonfiction Religion History of religions
warning_amber
One or more licenses for this book have been acquired by your organisation details
EPUB
Unlimited loans, One at a time
Details

Old Christmas is a tale of the quaint and old English traditions of celebrating Christmas. Irving travels to the English countryside to meets an old schoolmate, who then invites him to spend Christmas at his family's estate.

Washington Irving was an American author of the early nineteenth century. Best known for his short stories The Legend of Sleepy Hollow and Rip van Winkle, he was also a prolific essayist, biographer and historian. He spoke fluent Spanish, which served him well in his writings on that country, and he could read several other languages, including German and Dutch. His first book was A History of New-York from the Beginning of the World to the End of the Dutch Dynasty, by Diedrich Knickerbocker. He travelled on the Western frontier in the 1830s and recorded his glimpses of Western tribes in A Tour on the Prairies.

If you enjoy a great Christmas book then dive into the mind of Washington Irving as he portrays Christmas time in the English countryside.