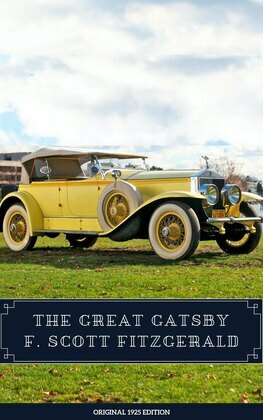 This carefully crafted ebook: "The Great Gatsby - The Original 1925 Edition" is formatted for your eReader with a functional and detailed table of contents. The Great Gatsby is a novel written by American author F. Scott Fitzgerald and first published in 1925. It follows a cast of characters living in the fictional town of West Egg on prosperous Long Island in the summer of 1922. The story primarily concerns the young and mysterious millionaire Jay Gatsby and his quixotic passion for the beautiful Daisy Buchanan. Considered to be Fitzgerald's magnum opus, The Great Gatsby explores themes of decadence, idealism, resistance to change, social upheaval, and excess, creating a portrait of the Jazz Age or the Roaring Twenties that has been described as a cautionary tale regarding the American Dream. Francis Scott Key Fitzgerald (1896 – 1940) was an American author of novels and short stories, whose works are the paradigmatic writings of the Jazz Age, a term he coined. He is widely regarded as one of the greatest American writers of the 20th century.