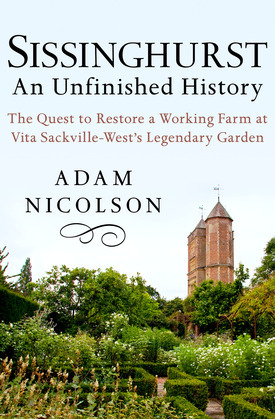 de Adam Nicolson (Autor)
Extracto
No Ficción Biografía y autobiografía Memorias Naturaleza, recreación y deportes Jardinería Ensayos
warning_amber
One or more licenses for this book have been acquired by your organisation details
EPUB
Préstamos ilimitados, Uno a la vez
Detalles
“A charming portrait of an ancient and beautiful house in Kent [and] a poignant and amusing portrait of the English class system.” —Simon Winchester

From lavish palace for Elizabethan nobles to dreary jailhouse for eighteenth-century prisoners of war, from well-manicured country house for a string of landed families to weed-choked ruin, Sissinghurst, in Kent, has become one of the most illustrious estates in England—and its future may prove to be just as intriguing as its past.

In the 1930s, English poet Vita Sackville-West and her husband, Harold Nicolson, acquired land that had once been owned by Vita’s ancestors. Together they created elaborate gardens filled with roses, apple trees, vivid flowers, and scenic paths lined with hedges and pink brick walls. Vita, a gardening correspondent for the Observer and a close friend of Virginia Woolf, opened Sissinghurst to the public. But the thriving working farm began to change after her death. Her son Nigel instituted sweeping changes, including transferring ownership of the estate to Britain’s National Trust in 1967 to avoid extensive taxation.

For author Adam Nicolson, the grandson of Harold and Vita, Sissinghurst was always more than a tourist attraction; it was his home. As a boy, Nicolson hiked the same trails that Roman conquerors walked centuries before. With wistful imagination, fascination with natural beauty, and connection to the land, Nicolson has returned home to restore Sissinghurst’s glory. His journey to recreate a sustainable and functioning farm, despite resistance from the National Trust, makes for a compelling memoir of family, history, and the powerful relationship between people and nature.
Fecha de publicación
14 de julio de 2015
Editor
Open Road Media
Número de páginas
337
ISBN
9781504015691
Tamaño del archivo
3 MB