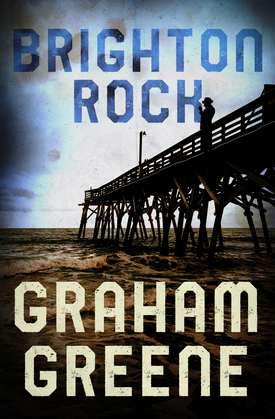 by Graham Greene (Author)
Excerpt
Fiction Classics Literary
warning_amber
One or more licenses for this book have been acquired by your organisation details
EPUB
Unlimited loans, One at a time
Details
A teenage sociopath rises to power in Britain’s criminal underworld in this “brilliant and uncompromising” thriller (The New York Times).

Seventeen-year-old Pinkie Brown, raised amid the casual violence and corruption in the dire prewar Brighton slums, has left his final judgment in the hands of God. On the streets, impelled by his own twisted moral doctrine, he leads a motley pack of gangsters whose sleazy little rackets have most recently erupted in the murder of an informant. Pinkie’s attempts to cover their tracks have led him into the bed of a timid and lovestruck young waitress named Rose—his new wife, the key witness to his crimes, and, should she live long enough, his alibi. But loitering in the shadows is another woman, Ida Arnold—an avenging angel determined to do right by Pinkie’s latest victim.

Adapted for film in both 1948 and 2010 and for the stage as both a drama and musical, and serving as an inspiration to such disparate artists as Morrissey, John Barry, and Queen, “this bleak, seething and anarchic novel still resonate[s]” (The Guardian).
Publication date
April 10, 2018
Publisher
Open Road Media
Page count
270
ISBN
9781504052498
File size
3 MB