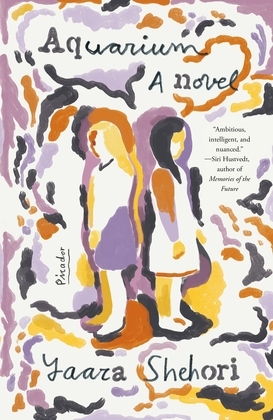 by Yaara Shehori (Author), Todd Hasak-Lowy (Translator)
Excerpt
Fiction Literary Middle Eastern literature Israeli literature
warning_amber
One or more licenses for this book have been acquired by your organisation details
EPUB
Unlimited loans, 2 years, One at a time
Details

A debut novel following two sisters, both deaf and raised in seclusion by deaf parents, and the shattering consequences that unfold when that isolation comes to an end.

Sisters Lili and Dori Ackerman are deaf. Their parents—beautiful, despondent Anna; fearsome and admired Alex—are deaf, too. Alex, a scrap metal collector and sometime prophet, opposes any attempt to integrate with the hearing; to escape their destructive influence, the girls are educated at home. Deafness is no disability, their father says, but an alternative way of life, preferable by far to that of the strident, hypocritical hearing.

Living in a universe of their own creation, feared by and disdainful of the other children on their block, Lili and Dori grow up semi-feral. Lili writes down everything that happens—just the facts. And Dori, the reader, follows her older sister wherever she goes. United against a hostile and alien world, the girls and their parents watch the hearing like they would fish in an aquarium.

But when the hearing intrude and a devastating secret is revealed, the cracks that begin to form in the sisters’ world will have consequences that span the rest of their lives. Separated from the family that ingrained in them a sense of uniqueness and alienation, Lili and Dori must relearn how to live, and how to tell their own stories.

Sly, surprising, and as fierce as its protagonists, Yaara Shehori’s Aquarium is a stunning debut that interrogates the practice of storytelling—and storyhearing.