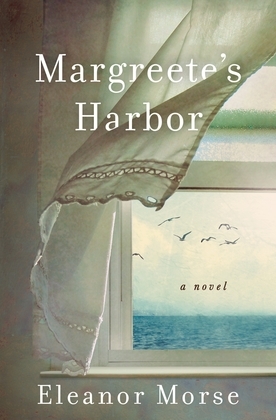 by Eleanor Morse (Author)
Excerpt
Fiction Literary English literature American and Canadian literature
warning_amber
One or more licenses for this book have been acquired by your organisation details
EPUB
Unlimited loans, 2 years, One at a time
Details

A literary novel set on the coast of Maine during the 1960s, tracing the life of a family and its matriarch as they negotiate sharing a home.

Eleanor Morse's Margreete’s Harbor begins with a fire: a fiercely-independent, thrice-widowed woman living on her own in a rambling house near the Maine coast forgets a hot pan on the stovetop, and nearly burns her place down.

When Margreete Bright calls her daughter Liddie to confess, Liddie realizes that her mother can no longer live alone. She, her husband Harry, and their children Eva and Bernie move from a settled life in Michigan across the country to Margreete’s isolated home, and begin a new life.

Margreete’s Harbor tells the story of ten years in the history of a family: a novel of small moments, intimate betrayals, arrivals and disappearances that coincide with America during the late 1950s through the turbulent 1960s. Liddie, a professional cellist, struggles to find space for her music in a marriage that increasingly confines her; Harry’s critical approach to the growing war in Vietnam endangers his new position as a high school history teacher; Bernie and Eva begin to find their own identities as young adults; and Margreete slowly descends into a private world of memories, even as she comes to find a larger purpose in them.

This beautiful novel—attuned to the seasons of nature, the internal dynamics of a family, and a nation torn by its contradicting ideals—reveals the largest meanings in the smallest and most secret moments of life. Readers of Elizabeth Strout, Alice Munro, and Anne Tyler will find themselves at home in Margreete’s Harbor.