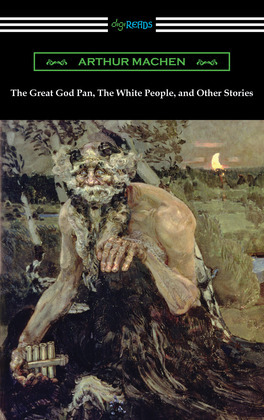 The Great God Pan, The White People, and Other Stories

?The Great God Pan, The White People, and Other Stories? is a collection of nineteen short stories and novellas by Arthur Machen. The Welsh author, journalist, actor, and mystic, was well-known for his early influential horror and supernatural fantasy tales published in the late 19th and early 20th century. Included in this collection are some of his most enduring and famous works, such as the novella ?The Great God Pan?, first published in 1890. Considered one of the best horror stories in English literature, the tale of Helen Vaughn and the mystery and violence that surrounded her life was met with much controversy and acclaim when it first appeared for its taboo subject matter and suggestive imagery. Also included are such classics as ?The Bowmen?, his 1914 tale of ghosts helping British soldiers at the Battle of Mons that was widely believed by many at the time to be a true story of otherworldly intervention. Machen?s imaginative and spell-binding tales continue to entertain and inspire generations of readers and writers who enjoy well-crafted tales of suspense and supernatural fantasy. This edition includes a biographical afterword.