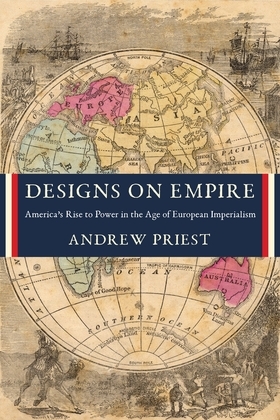 In the eyes of both contemporaries and historians, the United States became an empire in 1898. By taking possession of Cuba and the Philippines, the nation seemed to have reached a watershed moment in its rise to power—spurring arguments over whether it should be a colonial power at all. However, the questions that emerged in the wake of 1898 built on long-standing and far-reaching debates over America’s place in the world.

Andrew Priest offers a new understanding of the roots of American empire that foregrounds the longer history of perceptions of European powers. He traces the development of American thinking about European imperialism in the years after the Civil War, before the United States embarked on its own overseas colonial projects. Designs on Empire examines responses to Napoleon III’s intervention in Mexico, Spain and the Ten Years’ War in Cuba, Britain’s occupation of Egypt, and the carving up of Africa at the Berlin Conference. Priest shows how observing and interacting with other empires shaped American understandings of the international environment and their own burgeoning power. He highlights ambivalence among American elites regarding empire as well as the prevalence of notions of racial hierarchy. While many deplored the way powerful nations dominated others, others saw imperial projects as the advance of civilization, and even critics often felt a closer affinity with European imperialists than colonized peoples.

A wide-ranging book that blends intellectual, political, and diplomatic history, Designs on Empire sheds new light on the foundations of American power.