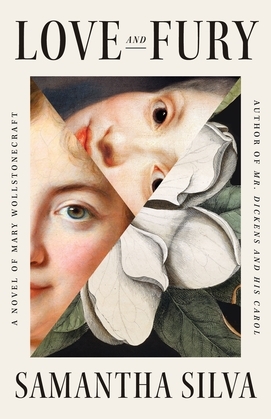 From the acclaimed author of Mr. Dickens and His Carol, a richly-imagined reckoning with the life of another cherished literary legend: Mary Wollstonecraft – arguably the world’s first feminist

August, 1797. Midwife Parthenia Blenkinsop has delivered countless babies, but nothing prepares her for the experience that unfolds when she arrives at Mary Wollstonecraft’s door. Over the eleven harrowing days that follow, as Mrs. Blenkinsop fights for the survival of both mother and newborn, Wollstonecraft recounts the life she dared to live amidst the impossible constraints and prejudices of the late 18th century, rejecting the tyranny of men and marriage, risking everything to demand equality for herself and all women. She weaves her riveting tale to give her fragile daughter a reason to live, even as her own strength wanes. Wollstonecraft’s urgent story of loss and triumph forms the heartbreakingly brief intersection between the lives of a mother and daughter who will change the arc of history and thought.

In radiant prose, Samantha Silva delivers an ode to the dazzling life of Mary Wollstonecraft, one of the world's most influential thinkers and mother of the famous novelist Mary Shelley. But at its heart, Love and Fury is a story about the power of a woman reclaiming her own narrative to pass on to her daughter, and all daughters, for generations to come.