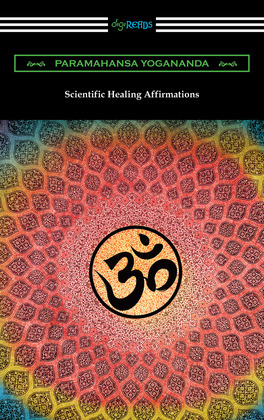 ?Scientific Healing Affirmations? is the guide to positive, concentrated thought by renowned Indian yogi and guru Paramahansa Yogananda. Born in India in 1893, Yogananda came to the United States in 1920 to spread the teachings of yoga and Indian spirituality to the West. His speaking tours and published works were incredibly successful in bringing yoga and meditation to a new audience and Yogananda is often called the ?Father of Yoga in the West?. Most famous for his 1946 memoir, ?Autobiography of a Yogi?, Yogananda wrote extensively on spirituality, religion, and history, as well as practical guides on yoga, meditation, and positive thinking. ?Scientific Healing Affirmations? was far ahead of its time in showing how effective and useful positive affirmations can be in one?s daily life. Now a mainstream practice and embraced by the medical and scientific community for how affirmations can significantly improve one?s psychological and physical state, Yogananda was one of the first to bring this ancient Eastern spiritual practice to America and the West. Detailed, comprehensive, encouraging, and accessible, ?Scientific Healing Affirmations? guides readers in incorporating affirmations into their daily lives and continues to be one of the most important books ever written on this powerful and life-changing practice.