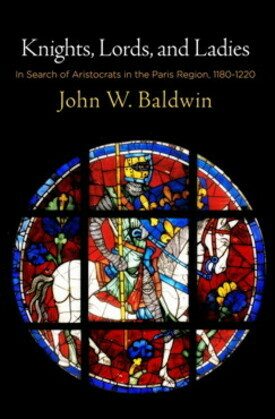 At the beginning of the twelfth century, the region around Paris had a reputation for being the land of unruly aristocrats. Entrenched within their castles, the nobles were viewed as quarrelling among themselves, terrorizing the countryside, harassing churchmen and peasants, pillaging, and committing unspeakable atrocities. By the end of the century, during the reign of Philip Augustus, the situation was dramatically different. The king had created the principal governmental organs of the Capetian monarchy and replaced the feudal magnates at the royal court with loyal men of lesser rank. The major castles had been subdued and peace reigned throughout the countryside. The aristocratic families remain the same, but no longer brigands, they had now been recruited for royal service.

In his final book, the distinguished historian John Baldwin turned to church charters, royal inventories of fiefs and vassals, aristocratic seals and documents, vernacular texts, and archaeological evidence to create a detailed picture of the transformation of aristocratic life in the areas around Paris during the four decades of Philip Augustus's reign. Working outward from the reconstructed biographies of seventy-five individuals from thirty-three noble families, Baldwin offers a rich description of their domestic lives, their horses and war gear, their tourneys and crusades, their romantic fantasies, and their penances and apprehensions about final judgment.

Knights, Lords, and Ladies argues that the aristocrats who inhabited the region of Paris over the turn of the twelfth century were important not only because they contributed to Philip Augustus's increase of royal power and to the wealth of churches and monasteries, but also for their own establishment as an elite and powerful social class.