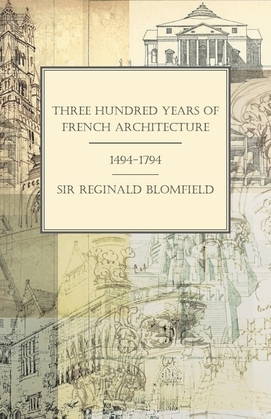 First published in 1936, this volume contains a classic treatise on French architecture, focusing on the period between 1494 and 1794. French architecture ranks high among France's many accomplishments, and this fascinating exploration of its history and development describes some of the most notable examples and designers in the country’s colourful history. Not to be missed by those with an interest in European architecture and history in general. Contents include: “The Italian Expedition, 1494”, “The First Italians in France”, “The Justes of Tours”, “II Rosso”, “Primaticcio”, “The Master-builders”, “The First Quarter of the Sixteenth Century”, “A Period of Experiment”, “Withdrawal of the Italians”, “1547-1600, Breakdown of the Medieval Tradition”, “The Coming of the Architects”, “Philibert De l’Orme”, etc. Many vintage books such as this are increasingly scarce and expensive. It is with this in mind that we are republishing this volume today in an affordable, modern edition complete with a specially-commissioned new introduction on architecture.