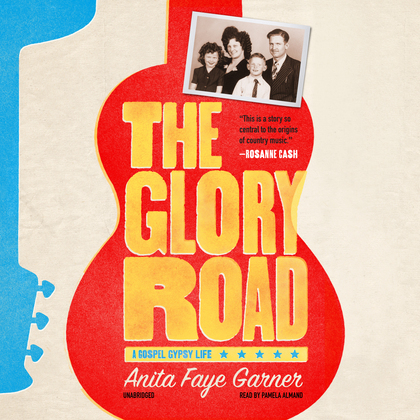 Anita Faye Garner grew up in the South—just about every corner of it. She and her musical family lived in Texarkana, Bossier City, Hot Springs, Jackson, Vicksburg, Hattiesburg, Pascagoula, Bogalusa, Biloxi, Gulfport, New Orleans, and points between, picking up sticks every time her father, a Pentecostal preacher known as “Brother Ray,” took over a new congregation.

In between jump-starting churches, Brother Ray took his wife and kids out on the gospel revival circuit as the Jones Family Singers. Ray could sing and play, and “Sister Fern” (Mama) was a celebrated singer and songwriter, possessed of both talent and beauty. Rounding out the band were the young Garner (known as Nita Faye then) and her big brother Leslie Ray. At all-day singings and tent revivals across the South, the Joneses made a joyful noise for the faithful and loaded into the car for the next stage of their tour.

But growing up gospel wasn’t always joyous. The kids practically raised and fended for themselves, bonding over a shared dislike of their rootless life and strict religious upbringing. Sister Fern dreamed of crossing over from gospel to popular music and recording a hit record. An unlikely combination of preacher’s wife and glamorous performer, she had the talent and presence to make a splash, and her remarkable voice brought Saturday night rock-and-roll to Sunday morning music. Always singing, performing, and recording at the margins of commercial success, Sister Fern shared a backing band with Elvis Presley and wrote songs recorded by Johnny Cash and many other artists.

In her touching memoir The Glory Road, Anita Faye Garner re-creates her remarkable upbringing. The story begins with Ray’s attempts to settle down and the family’s inevitable return to the gospel circuit and concludes with Sister Fern’s brushes with stardom and the family’s journey west to California where they finally landed—with some unexpected detours along the way. The Glory Road carries listeners back to the 1950s South and the intersections of faith and family at the very roots of American popular music.