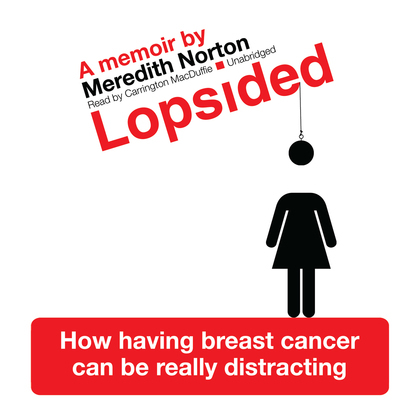 Lopsided is not your ordinary cancer memoir. Meredith Norton displays the razor-sharp wit of a masterful humorist as she chronicles her experience, from the first appearance of her bizarre symptoms while she was living in Paris to moving to California to live with her compulsive parents and their five television sets. Along with hilarious and harrowing portrait of her treatments, she offers equally amusing memories of her offbeat life, rants about well-meaning family and friends, and rails against self-pity. Funny, irreverent, and down-to-earth, Norton’s memoir brings a refreshing burst of attitude to a difficult experience she refuses to be intimidated by.