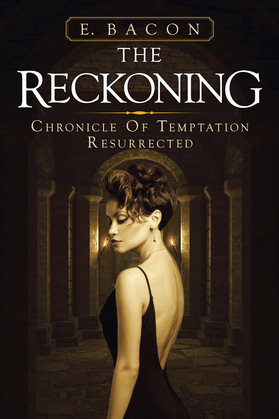 Fleeing, while buying them time as intended, hasn’t exactly been the path to the newlyweds happily ever after they intended. After years of seemingly being left to thrive on their own, the young family has finally let their guards down. But of course those watching from the shadows know that. Waiting patiently, as has always been their way, the opportunity for retribution has arrived in a well chosen space in time the couple least expects.

An evil so sinister it delights in feasting on the lives of all in proximity to her has been resurrected. Having nearly driven her insane the first time she so narrowly escaped with her life, Alina knows such an advisory as that which can escape the very bowels of hell could never have been outrun.

Although Alina has known this time would come, there is little more she could have done in preparation of it. As it seems, she’s made the most grievous miscalculation of her life. One without remedy. A deadly error that will cost more than just their lives.