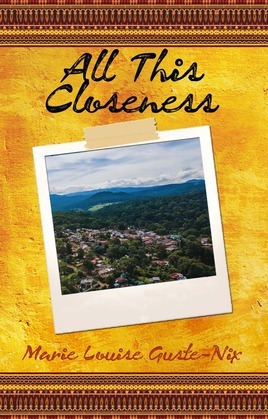 This is a story about a wild and wacky family adventure in which the Guste family takes an unexpected extended holiday, traveling by car 2,000 miles out of their way through the South of the Border country of Mexico. While it's a humorous and unforgettable episode, within the story is a message about the effort we, as Americans, must make to become more aware of our neighbors in other countries. The narrative is a page in the larger story of Louisiana statesman William J. Guste, Jr. and his beautiful bride Dorothy Schutten. From its pages emerge numerous lessons left to us by "the greatest generation."

Set in the era of the early stages of the implementation of the Civil Rights Act, and on the cusp of the cultural revolution of the Woodstock era, the story is narrated by a teen who is considering seemingly insurmountable social issues and problems facing the world and her community. As hilarious episodes befall the travelers along the Mexican highways, the teens have many an opportunity to explore issues of significance and engage their father, a well- known social activist, in discussions about bringing about positive change in the world. Although her parent's adages and aphorisms seem too easy an answer for difficult questions, the narrator and her siblings come away with lessons for a lifetime regarding RISK, FAITH, ADVENTURE AND DIVERSITY.

A true story written as creative nonfiction, All This Closeness is a valuable and fun read providing insights for readers of every age. The internationally acclaimed author Walker Percy reviewed this story and commented that it was one "which should have a universal appeal."