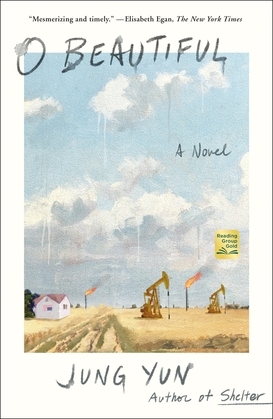 by Jung Yun (Author)
Excerpt
Fiction Literary English literature American and Canadian literature
warning_amber
One or more licenses for this book have been acquired by your organisation details
EPUB
Unlimited loans, 2 years, One at a time
Details

From the critically-acclaimed author of Shelter, an unflinching portrayal of a woman trying to come to terms with the ghosts of her past and the tortured realities of a deeply divided America.

Elinor Hanson, a forty-something former model, is struggling to reinvent herself as a freelance writer when she receives an unexpected assignment. Her mentor from grad school offers her a chance to write for a prestigious magazine about the Bakken oil boom in North Dakota. Elinor grew up near the Bakken, raised by an overbearing father and a distant Korean mother who met and married when he was stationed overseas. After decades away from home, Elinor returns to a landscape she hardly recognizes, overrun by tens of thousands of newcomers.

Surrounded by roughnecks seeking their fortunes in oil and long-time residents worried about their changing community, Elinor experiences a profound sense of alienation and grief. She rages at the unrelenting male gaze, the locals who still see her as a foreigner, and the memories of her family’s estrangement after her mother decided to escape her unhappy marriage, leaving Elinor and her sister behind. The longer she pursues this potentially career-altering assignment, the more her past intertwines with the story she’s trying to tell, revealing disturbing new realities that will forever change her and the way she looks at the world.

With spare and graceful prose, Jung Yun's O Beautiful presents an immersive portrait of a community rife with tensions and competing interests, and one woman’s attempts to reconcile her anger with her love of a beautiful, but troubled land.