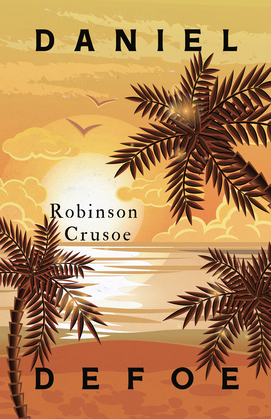 by Daniel Defoe (Author)
Excerpt
Fiction Action & adventure Classics
warning_amber
One or more licenses for this book have been acquired by your organisation details
EPUB
Unlimited loans, One at a time
Details

“Robinson Crusoe” is a novel by Daniel Defoe, first published in 1719. A fictional autobiography, the first edition purported to be the work of the titular protagonist Robinson Crusoe and led its early readers to believe the book to be a real travelogue of Crueso's 28 years spent marooned on a remote tropical island near Venezuela, where he came across cannibals, captives, and mutineers before finally being rescued. The novel was well received when first published and is often credited as being the origins of the realistic fiction as a literary genre. One of the most widely published books in history, “Robinson Crusoe” constitutes a must-read for all lovers of the written word and would make for a fantastic addition to any collection. Contents include: “Slavery and Escape”, “Wrecked on a Desert Island”, “First Weeks on the Island”, “Builds a House—The Journal”, “Ill and Conscience-Stricken”, “Agricultural Experience”, “Surveys his Position”, “A Boat”, “Tames Goats”, “Finds Print of Man’s Foot on the Sand”, “A Cave Retreat”, “Wreck of a Spanish Ship”, etc. Read & Co. Classics is republishing this novel now in a brand new edition complete with an introductory essay by Virginia Woolf.