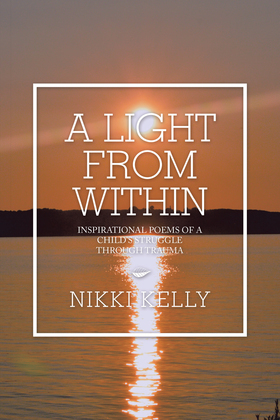 A Light from Within

by Nikki Kelly (Author)
Excerpt
Fiction Poetry
warning_amber
One or more licenses for this book have been acquired by your organisation details
EPUB
Unlimited loans, One at a time
Details

After she was adopted into a loving family in the seventies, Nikki Kelly still struggled to belong. The internal conflict between her biological roots and her adopted family left her with a plethora of emotions and an inability to trust. As she did her best to endure her challenges, no one knew that Nikki was harboring dark secrets. It was not until she turned seventeen that she finally felt strong enough to release them, seek justice, and ultimately find a light from within.

In a compilation of poetry shared to inspire those who can relate and open the eyes of those who cannot, Nikki reflects on the struggles, frustrations, and ups and downs of her childhood trauma that included adoption, dyslexia, sexual assault, and PTSD. Each of her poems express a child’s desire to belong, to be heard, and most importantly, to succeed despite her seemingly insurmountable obstacles.

A Light from Within is a raw volume of poems that explores the journey of an adoptee as she navigates through a variety of challenges that test her courage, strength, and perseverance.