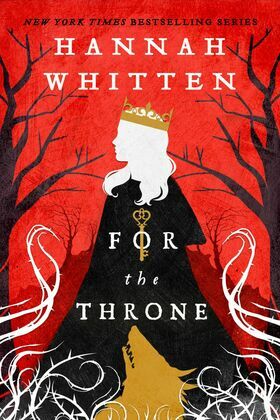 Wilderwood #2
by Hannah Whitten (Author)
Read sample online Download sample
Fiction Fantasy Epic English literature American and Canadian literature
warning_amber
One or more licenses for this book have been acquired by your organisation details
EPUB
Unlimited loans, 2 years, One at a time
Details

In this breathtaking sequel to the instant New York Times bestseller For the Wolf, Red's sister Neve struggles to escape a mysterious land of twisted roots, lost gods, and mountains made of bone—and the only clues to her rescue are a magic mirror and a dark prince who wants to bring the whole thing crumbling down.

The First Daughter is for the Throne

The Second Daughter is for the Wolf...

Red and the Wolf have finally contained the threat of the Old Kings but at a steep cost. Red's beloved sister Neve, the First Daughter is lost in the Shadowlands, an inverted kingdom where the vicious gods of legend have been trapped for centuries and the Old Kings have slowly been gaining control. But Neve has an ally, though it's one she'd rather never have to speak to again: the rogue king Solmir.

Solmir wants to bring an end to the Shadowlands and he believes helping Neve may be the key to its destruction. But to do that, they will both have to journey across a dangerous landscape in order to find a mysterious Heart Tree, and finally to claim the gods' dark, twisted powers for themselves.