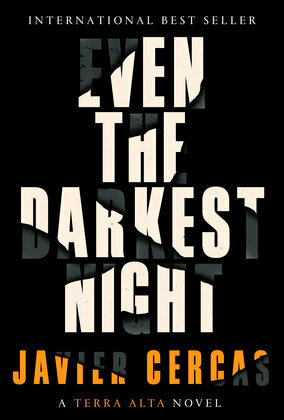 Even the Darkest Night

A Terra Alta Novel
by Javier Cercas (Author), Anne McLean (Translator)
Excerpt
Fiction Literary Hispanophone literature
warning_amber
One or more licenses for this book have been acquired by your organisation details
EPUB
Unlimited loans, 2 years, One at a time
Details

INTERNATIONAL BEST SELLER • WINNER OF SPAIN’S BIGGEST LITERARY PRIZE • The first book in the acclaimed series: Barcelona detective Melchor Marín is sent to the countryside to investigate a horrific double murder. Before long, it becomes clear that nothing about the case is quite as it seems.

Melchor, the son of a prostitute, went to prison as a teenager, convicted of working for a Colombian drug cartel. Behind bars, he read a book that changed his life: Les Misérables. Then his mother was murdered. He decided to become a cop.

This new case, in Terra Alta, a remote region of rural Catalonia—the murder of a wealthy local man and his wife—will turn Melchor’s life upside down yet again.

Even the Darkest Night is a thought-provoking, elegantly constructed thriller about justice, revenge, and, above all, the struggles of a righteous man trying to find his place in a corrupt world.