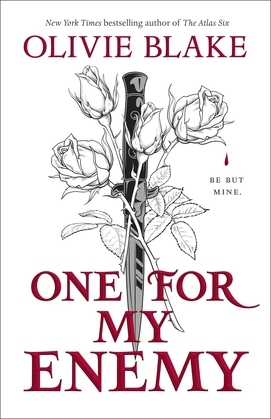 One for My Enemy

by Olivie Blake (Author)
Excerpt
Fiction Fantasy Contemporary & supernatural fantasy English literature American and Canadian literature
warning_amber
One or more licenses for this book have been acquired by your organisation details
EPUB
Unlimited loans, 2 years, One at a time
Details

On one side of the conflict are the Antonova sisters, each one beautiful, cunning, and ruthless, and their mother, the elusive supplier of premium intoxicants known only as Baba Yaga. On the other side, the influential Fedorov brothers serve their father, the crime boss known as Koschei the Deathless, whose community extortion ventures dominate the shadows of magical Manhattan.

After twelve years of tenuous coexistence, a change in one family’s interests causes a rift in the existing stalemate. When bad blood brings both families to the precipice of disaster, fate intervenes with a chance encounter, and in the aftershocks of a resurrected conflict, everyone must choose a side. As each of the siblings struggles to stake their claim, fraying loyalties threaten to rot each side from the inside out.

If, that is, the enmity between empires doesn’t destroy them first.

The Atlas Six
The Atlas Paradox