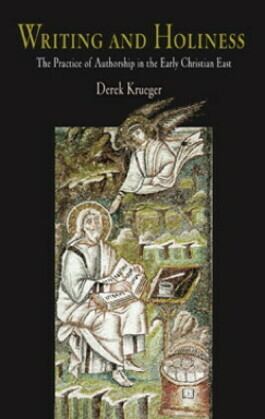 by Derek Krueger (Author)
Excerpt
Nonfiction Religion History of religions
warning_amber
One or more licenses for this book have been acquired by your organisation details
EPUB
Unlimited loans, One at a time
Details

Drawing on comparative literature, ritual and performance studies, and the history of asceticism, Derek Krueger explores how early Christian writers came to view writing as salvific, as worship through the production of art. Exploring the emergence of new and distinctly Christian ideas about authorship in late antiquity, Writing and Holiness probes saints' lives and hymns produced in the Greek East to reveal how the ascetic call to imitate Christ's humility rendered artistic and literary creativity problematic. In claiming authority and power, hagiographers appeared to violate the saintly practices that they sought to promote. Christian writers meditated within their texts on these tensions and ultimately developed a new set of answers to the question "What is an author?"

Each of the texts examined here used writing as a technique for the representation of holiness. Some are narrative representations of saints that facilitate veneration; others are collections of accounts of miracles, composed to publicize a shrine. Rather than viewing an author's piety as a barrier to historical inquiry, Krueger argues that consideration of writing as a form of piety opens windows onto new modes of practice. He interprets Christian authors as participants in the religious system they described, as devotees, monastics, and faithful emulators of the saints, and he shows how their literary practice integrated authorship into other Christian practices, such as asceticism, devotion, pilgrimage, liturgy, and sacrifice. In considering the distinctly literary contributions to the formation of Christian piety in late antiquity, Writing and Holiness uncovers Christian literary theories with implications for both Eastern and Western medieval literatures.