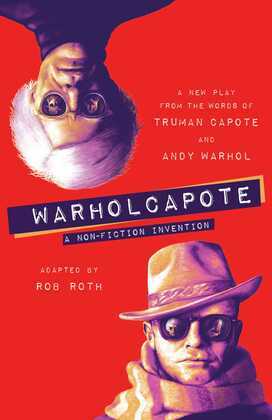 A Non-Fiction Invention
by Rob Roth (Author)
Excerpt
Fiction Drama Nonfiction Arts Performing arts Theater Playwriting History Other Social history
warning_amber
One or more licenses for this book have been acquired by your organisation details
EPUB
Unlimited loans, 2 years, One at a time
Details

An enthralling play based on lost tapes between two cultural giants and friends—Andy Warhol and Truman Capote.

In 1978 Andy Warhol and Truman Capote decided to write a Broadway play. Andy suggested that he record their private conversations over the period of a few months, and that these tapes would be the source material for the play. The tapes were then filed away and forgotten. Their play was never completed.

Now, award-winning director Rob Roth brings their vision to life after a years-long search to unearth the eighty hours of tapes between two of the most daring artists of postwar America. WARHOLCAPOTE, based on words actually spoken by the two men, is set in the ’70s and ’80s, toward the end of their close connection and not too long before their untimely deaths. Their special, complex friendship is captured by Roth with bracing intimacy as they discuss life, love, and art and everything in between. Every word in the play comes directly from these two 20th century geniuses. The structure of the conversations springs from Roth’s imagination.