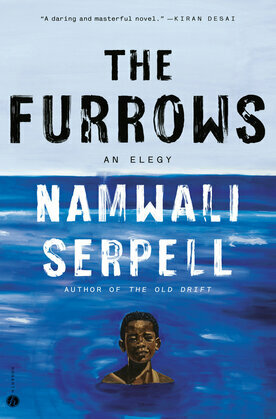 From one of the most celebrated new voices in American literature, a brilliantly inventive and “enthralling” (Oprah Daily) novel about the eternal bonds of family and the mysteries of love and loss—“already earning its author comparisons to Toni Morrison . . . destined to end up on every Best of the Year list” (Lit Hub).

Cassandra Williams is twelve; her little brother, Wayne, is seven. One day, when they’re alone together, there is an accident and Wayne is lost forever. His body is never recovered. The missing boy cleaves the family with doubt. Their father leaves, starts another family elsewhere. But their mother can’t give up hope and launches an organization dedicated to missing children.

As C grows older, she sees her brother everywhere: in bistros, airplane aisles, subway cars. Here is her brother’s face, the light in his eyes, the way he seems to recognize her, too. But it can’t be, of course. Or can it? Then one day, in another accident, C meets a man both mysterious and familiar, a man who is also searching for someone and for his own place in the world. His name is Wayne.

Namwali Serpell’s remarkable new novel captures the uncanny experience of grief, the way the past breaks over the present like waves in the sea. The Furrows is a bold exploration of memory and mourning that twists unexpectedly into a story of mistaken identity, double consciousness, and the wishful—and sometimes willful—longing for reunion with those we’ve lost.