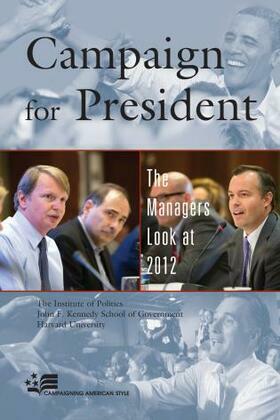 In this book, a distinguished group of presidential campaign staff, journalists, and political observers take us inside the 2012 race for the Republican nomination and general election, guiding us through each candidate's campaign from the time each candidate announced his or her intention to seek the presidency through the primaries, conventions, and up to election day. Meeting under the auspices of the Harvard University’s Institute of Politics, the candid discussion allows us to learn about the motivations of each candidate, strategies they deployed, and lessons they learned. In addition, representatives from the major SUPERPACS share their strategies and evaluate their impact in an election characterized by unprecedented campaign spending. Campaign for President: The Managers Look at 2012 is essential reading for anyone interested in the inner workings of national political campaigns.