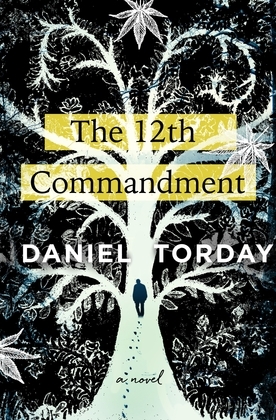 A Novel
by Daniel Torday (Author)
Read sample online Download sample
Fiction Literary English literature American and Canadian literature
warning_amber
One or more licenses for this book have been acquired by your organisation details
EPUB
Unlimited loans, 2 years, One at a time
Details

Swirling with secrets and their consequences, exploring how revelation and redemption might be accessed through sin, and driven through twists and turns toward a startling conclusion, The 12th Commandment is a brilliant novel by award-winning author Daniel Torday.

The Dönme sect—a group of Jewish-Islamic adherents with ancient roots—lives in an isolated community on rural land outside of smalltown Mt. Izmir, Ohio. Self-sustaining, deeply-religious, and heavily-armed, they have followed their self-proclaimed prophet, Natan of Flatbush, from Brooklyn to this new land.

But the brutal murder of Natan’s teenage son throws their tight community into turmoil.

When Zeke Leger, a thirty-year-old writer at a national magazine, arrives from New York for the funeral of a friend, he becomes intrigued by the case, and begins to report on the murder. His college girlfriend Johanna Franklin prosecuted the case, and believes it is closed. Before he knows it, Zeke becomes entangled in the conflict between the Dönme, suspicious local citizens, Johanna, and the law—with dangerous implications for his body and his soul.