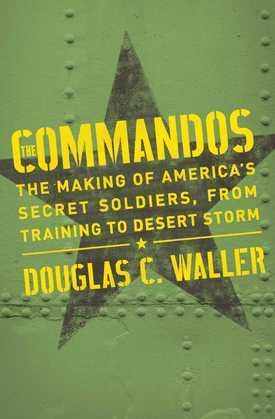 Commandos: The Making Of America's Secrets

by Douglas Waller (Author)
Excerpt
Nonfiction Social science Political science Political freedom & security International security
warning_amber
One or more licenses for this book have been acquired by your organisation details
EPUB
Unlimited loans, 2 years, One at a time
Details

A precursor to American Sniper or Seal Team Six, The Commandos is a heart-pounding look at what it takes to fight alongside the very best of America’s armed forces.

In The Commandos, veteran Pentagon correspondent for Newsweek Douglas Waller gives a behind-the-scenes look at the most secret and elite of clandestine warriors. Offering inside details of the U.S. special operations forces, including Green Berets, Navy SEALs, and Delta Force, Waller reveals the excruciating training and dangerous missions of America's elite fighting forces as he follows them following them into battle in Operation Desert Storm.