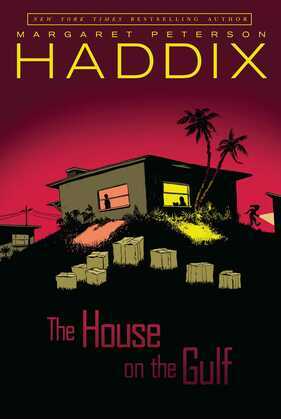 The House on the Gulf

[If only] Bran would stop acting weird....Probably he had a perfectly reasonable explanation for everything.

I just couldn't imagine what it would be.

When Britt's older brother, Bran, lands a summer job house-sitting for the Marquises, an elderly couple, it seems like a great opportunity. Britt and Bran have moved to Florida so their mother can finish college, and the house-sitting income will allow their mom to quit her job and take classes full-time. Having never lived in a real house before, Britt is thrilled. There's only one problem: Britt starts to suspect her family isn't supposed to be there.

She's been noticing that Bran is acting weird and defensive -- he hides the Marquises' mail, won't let anyone touch the thermostat, and discourages Britt from meeting any of the neighbors. Determined to get to the bottom of things, Britt starts investigating and makes a startling discovery -- the Marquises aren't who Bran has led her and their mom to believe. So whose house are they staying in, and why has Bran brought them there?

With unexpected twists and turns, award winner Margaret Peterson Haddix has again crafted a thriller that will grip readers until its stunning conclusion.