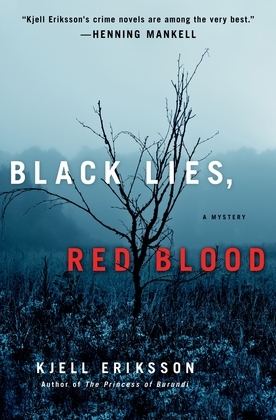 Kjell Eriksson has made a huge splash around the globe with his Ann Lindell police procedural series. Now Eriksson is back with another stunning mystery packed with surprises.
In Black Lies, Red Blood, police officer Ann Lindell is great at solving crimes, but she doesn't have as much luck in her personal life. When she meets journalist Anders Brant, Ann thinks her luck has turned around. But then Anders disappears without a trace and a homeless man's body is found with Anders' phone number in the dead man's pocket. As Ann races to find Anders, she hopes that she will not be too late, and she also hopes that whatever she discovers will not break her heart.
Eriksson has been nominated for the Best Swedish Crime Novel five times, and readers will find this new book in his critically acclaimed and beloved series both shocking and intriguing.