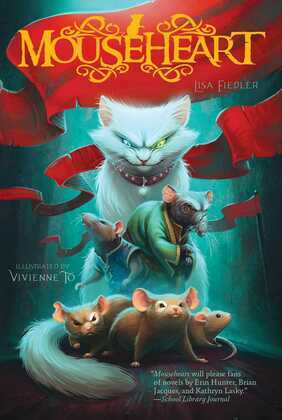 The Warriors series meets Redwall in this first book in an epic animal adventure series set in the subway tunnels of Brooklyn and for “fans of Erin Hunter, Brian Jaques, and Kathryn Lasky” (School Library Journal).

Hopper is just an ordinary pet shop mouse before he escapes. Soon he finds himself below the bustling streets of Brooklyn, deep within the untamed tangles of transit tunnels, and in Atlantia, a glorious utopian rat civilization.

But all is not what it seems. Though Hopper is treated as a royal guest, he misses his siblings that he lost in the escape attempt. That, and Atlantia is constantly threatened by the rebels who wish to bring the city to its knees. And there are cats everywhere in Atlantia, cats that leave the citizens unharmed… and no one can seem to answer why.

Soon, Hopper is caught in the crosshairs of a colossal battle, one that crosses generations and species. As the clashes rage, Hopper learns terrible, extraordinary secrets: Deadly secrets about Atlantia. Painful secrets about his friends.

And one powerful secret about his destiny…