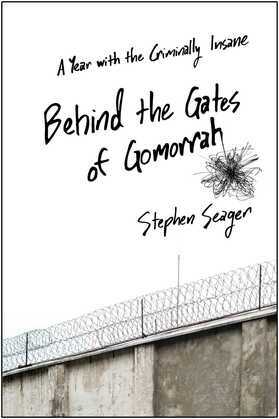 Behind the Gates of Gomorrah

A darker twist on Orange is the New Black, this true insider's account delivers an eye-opening look into the nation’s largest state-run forensic hospital, a facility that houses the real-life Hannibal Lecters of the world.

Psychiatrist Stephen Seager was no stranger to locked psych wards when he accepted a job at California’s Gorman State hospital, known locally as “Gomorrah,” but nothing could have prepared him for what he encountered when he stepped through its gates, a triple sally port behind the twenty-foot walls topped with shining coils of razor wire. Gorman State is one of the nation’s largest forensic mental hospitals, dedicated to treating the criminally insane. Unit C, where Seager was assigned, was reserved for the “bad actors,” the mass murderers, serial killers, and the real-life Hannibal Lecters of the world.

Against a backdrop of surreal beauty—a verdant campus-like setting where peacocks strolled the grounds—is a place of remarkable violence, a place where a small staff of clinicians are expected to manage a volatile population of prison-hardened ex-cons, where lone therapists lead sharing circles with sociopaths, where an illicit underground economy flourishes, and where patients and physicians often measure their lives according to how fast they can run. To cross through the gates of Gomorrah is to enter a looking-glass world, where the trappings of the normal calendar year exist—Halloween dances and Christmas parties (complete with visits from Santa), springtime softball teams and basketball leagues, but marked with paroxysms of brutality (Santa goes berserk), and peopled by figures from our nightmares.

Behind the Gates of Gomorrah affords an eye-opening look inside a facility to which few people have ever had access. Honest, rueful, and at times darkly funny, Seager’s gripping account of his rookie year blends memoir with a narrative science, explaining both the aberrant mind and his own, at times incomprehensible, determination to remain in a job with a perilously steep learning curve.